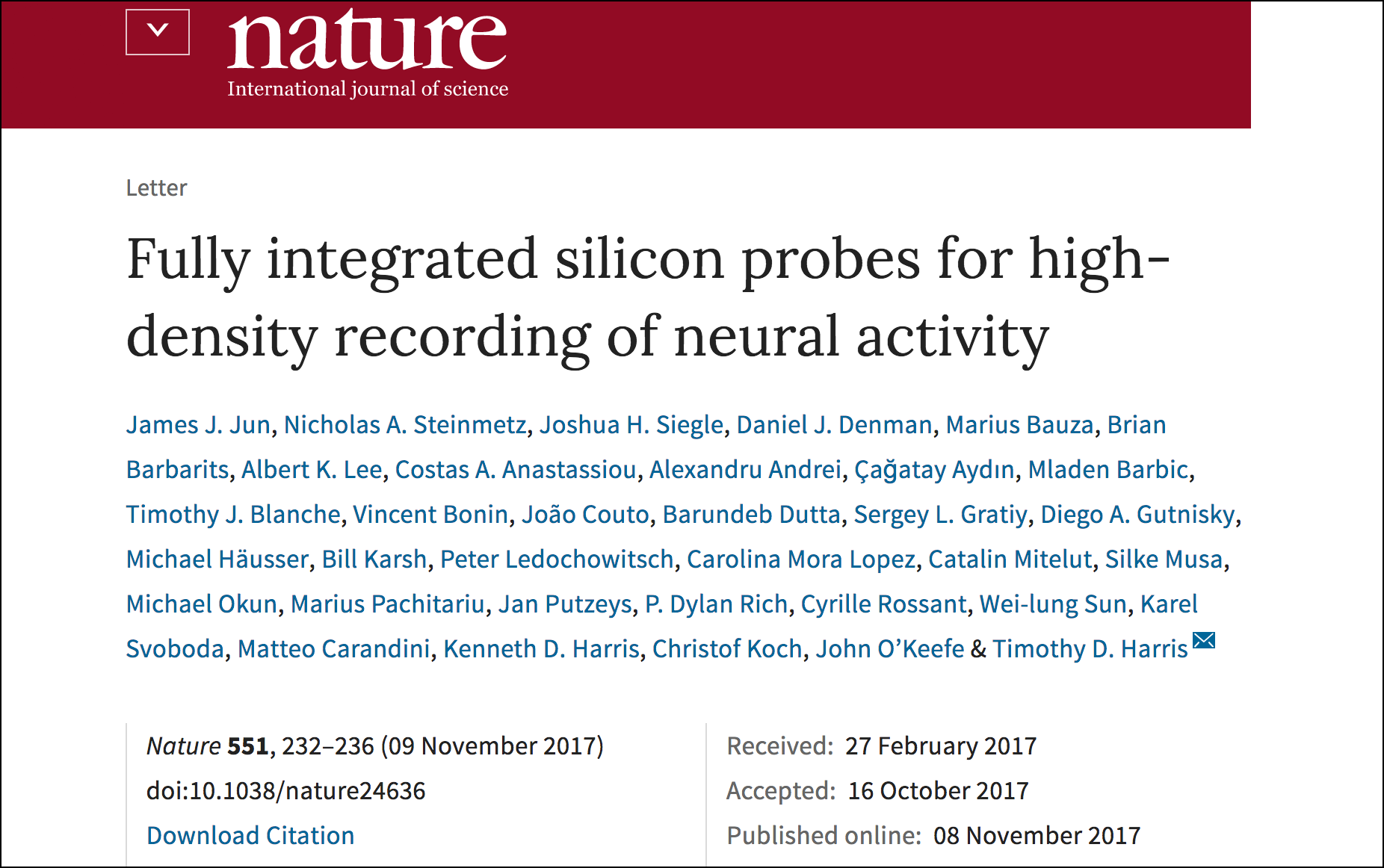 The goal of the project was to design and create a new silicon probe, called Neuropixels, for large-scale in-vivo extracellular recordings (384 channels). Tested in awake, behaving mice, the spiking activity of hundreds of neurons could be recorded simultaneously.